The rich get richer: Is there a solution to the inequitable distribution of wealth? 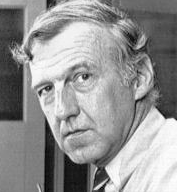 This paper was presented to the Club by Roger B. Linscott in 1989. Roger was, for many years, the associate editor of The Berkshire Eagle, Pittsfield's daily newspaper. He won the Pulitzer Prize for his editorial writing in 1973, and died in 2008 at the age of 88, having been a member of the Club since 1950. We are indebted to Roger's daughter, Wendy Lamme, for a treasure trove of Roger's Club papers which we will be publishing during the next several years. In this paper delivered 20 years ago, he tackled the issue of the skewed distribution of wealth in America, which has only gotten more skewed in the two decades since he wrote it.

A widely-admired New Yorker cartoon of my younger years — done, I believe, by Peter Arno in the 1940s — depicted a rather elderly and obviously successful cleric seated at his desk in front of a huge vaulted window in the office of a Fifth Avenue cathedral. Fingertips together and eyes cast heavenward, he is addressing an eager-looking novice on the other side of the desk; and what he is saying to him is: "Young man, as one who would seek preferment in our calling, I would admonish you to avoid whenever possible two subjects: politics, and religion." 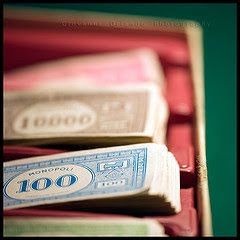 I was given approximately the same advice, albeit under the considerably less pious auspices of my sponsor, the sainted Billy Annin,* when I joined the Monday Evening Club 40 years ago. While it was not writ in stone, he said, or even officially in the bylaws, there was a tacit understanding that readers should circumambulate the subjects of politics and religion, lest sensitivities be wounded and fires started which might not be easily quenched. I trust that tonight's paper won't be felt to trespass on that on that taboo. It deals with a subject of unavoidably close concern to all of us: money — and more specifically, the appalling inequity with which money is distributed in our society.

Those activist judges: On the expansion of marriage rights 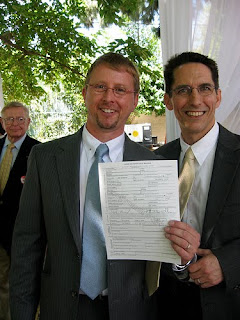 Presented to the Club by Charles F. Sawyer on Monday evening, March 22, 2010

As was noted by Bill Moyers in his February PBS program, the Bill Moyers Journal, the quest for marriage equality has created some unlikely allies in attorneys Theodore Olsen, a conservative, and David Boies, a liberal. The two became nationally famous as the opposing counsel in Bush v. Gore, the Supreme Court case that halted the Florida recount and resolved the 2000 election in favor of George W. Bush. Now the two lawyers, who have successfully argued many cases before the Supreme Court, are lead co-counsel in Perry v. Schwarzenegger, a case that was recently argued in the United States District Court for the Northern District of California. That case is a challenge to Proposition 8, California’s ballot initiative that amended the State Constitution so as to put an end to same sex marriage. A decision will likely be issued this spring by the presiding judge, Vaughn Walker.

Bill Moyers interviewed the two lawyers on February 26. Here are some of the things they each had to say:


Conservatives, just like liberals, rely on the Supreme Court to protect the rule of law, to protect our liberties, to look at the law and decide whether or not it fits within the Constitution. And I think the point that’s really important here, when you’re thinking about judicial activism, is that this is not a new right. Nobody is saying, ‘Go find in the Constitution the right to get married.’ Everybody, unanimous Supreme Court, says there’s a right to get married, a fundamental right to get married. The question is whether you can discriminate against certain people based upon their sexual orientation. And the issue of prohibiting discrimination has never in my view been looked at as a test of judicial activism. That’s not liberal, that’s not conservative. That’s not Republican or Democrat. That’s simply an American Constitutional right. 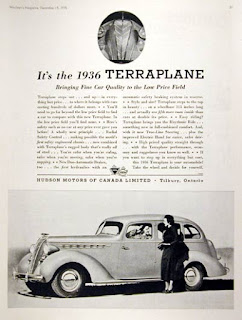 Presented to the Club by Richard Nunley on Monday Evening, January 12, 1998.

Driving down the Maine Turnpike from Portland one Sunday last summer, we found ourselves in three solid lanes of traffic all traveling at high speed. Even in the right-hand lane we had to go 70 simply to avoid having the car behind (or the camper or the heavy-laden trailer truck from New Brunswick) climb our rear bumper. Cars in the left-hand lane must have been traveling well in excess of 80, much faster in my opinion than the ordinary eye and hand can react within one car’s length to any sudden change.

To many drivers, such a situation has probably become routine. To someone like me who mainly putt-putts short distances at slow speeds around the Berkshires, it raised the question whether evolution has prepared us for the prolonged intensity of mental stress, physical immobility, and hormonal readiness-for-anything that high-speed, traffic-dense interstate driving demands. Is such tension conceivably a contributing factor of our epidemic rates of personality disorder, family instability, heart disease, maybe even cancer?

A Centennial Celebration (of Sherlock Holmes in 1987)

Presented to the Club by David T. Noyes in 1987 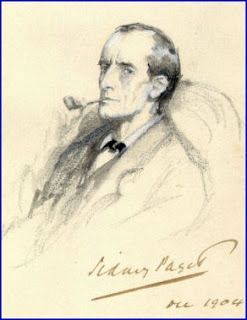 Allow me to transport you back in time 100 years to the year 1887. Grover Cleveland is President. The U.S. Congress establishes the Interstate Commerce Commission and first leases Pearl Harbor as a naval station. The Marine Biological Laboratory is founded at Wood’s Hole and Frank Sprague builds the first successful electric trolley line. Joseph Pulitzer is earning his reputation as editor of the New York World. The winning horse in the Kentucky Derby brings his owner $4,200, and betting at the track becomes legal in New York State. The fastest time for the one-mile run stands at 4:21.4. The Monday Evening Club is closing in on the end of its second decade.

On the world scene, Van Gogh and Toulouse-Lautrec are in their prime. Verdi opens his opera Otello in Milan. St Petersburg enjoys the premiers of Rimsky-Korsakov and Tchaikovsky. Queen Victoria celebrates her Golden Jubilee.

It is also the year that a tall, trim athletic 26-year-old doctor gave the world its first consulting detective, Sherlock Holmes. Like many others, I first came to admire this character as a 12-year-old adolescent. On the occasion of the 100th anniversary of his creation, I would like to share with you tonight some of my thoughts about Sherlock Holmes and his creator, Sir Arthur Conan Doyle.