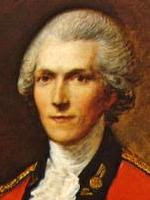 Presented to the Club by Roger B. Linscott in 1993.

As usually seems to be the case when my turn comes to read to this august group, I must start by explaining that the title on the notices sent out by [Club secretary] Harold Salzmann has nothing to do with the contents of my paper. "The Way West" was designed to fit an account of the coming of railroads to Berkshire County 150 years ago — but that paper was derailed, subsequent to Harold's call for a title, because I found that a carton of notes I had accumulated on the subject over the years was missing following a move from Pittsfield to Richmond three months ago. Possibly the notes will return in time to bore or edify you in 1993, but tonight you will get a pinch-hitter in the form of a paper that might better be entitled "The contentious count." It deals with a greatly underrated historical figure who has always been a special favorite of mine – Benjamin Thompson, better known to history as Count Rumford.

Lest a few of the more senior members of this group are experiencing vague feelings of deja vu, I should add that he figured in a paper I delivered some 30 years ago — although, if my increasingly unreliable memory serves, he was obliged to play second fiddle to several other 18th century characters on that occasion. In any event, Benjamin Thompson (the name by which I shall refer to him most frequently in this paper) is a person for whom I have always felt a somewhat proprietary interest. I am the possessor of not one but half a dozen cartons of material about him, because I dabbled with the idea of undertaking a book on the subject until that task was authoritatively performed by two competent biographers in the 1970s.

When East meets West: Personal connections to the Panama and Suez Canals 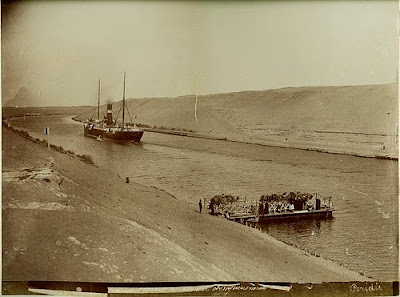 I suppose most of us old gentlemen, with apologies to the younger among us, can recall an event or two as Jack did in his paper a few weeks ago and on reflection realize that they were connected to momentous events in the course of history. In my case I have two whose significance I did not recognize at the time and certainly did not see how they were related to each other. I guess as children we all remember stories our father told us which never really registered. Well, one in particular comes to my mind.

My dear father, born in Kingston, Jamaica in 1895, had lost his father at the age of five to tuberculosis and his mother a few years later, and was brought up by his grandmother. She was a remarkable woman, called in Jamaica a “drogher woman,” i.e. a trader of goods overseas who travels in a ship called a drogher.

She would frequently go from Kingston to Colon, the Caribbean port in Panama, to sell beer, tobacco, toothpaste, shoes, etc. to the Jamaican labourers who were contracted to build the Canal for the French company in the 1880s. A connection between the Atlantic Ocean and the Caribbean Sea and the Pacific Ocean was seen by all to be an excellent undertaking so obviating a long journey round the southern tip of South America.

Well, my father’s story was of going with his grandmother on one of these trips when he was 14 years of age in 1909, 100 years ago last year, and encountering a tremendous storm which necessitated sending everyone below decks. The ship or “drogher” arrived 24 hours late and he remembered every citizen in Colon lining the harbour to welcome them because they were sure all had perished.