"Nothing intelligent to say...": Servants and slaves in southern New England; the initial years for natives and settlers 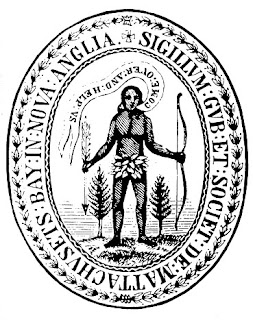 Presented to the Club on Monday evening, January 23, 2011 by Robert G. Anderson

Last fall I began to search for material about slavery in 17th century southern New England with the hope that I would have something intelligent to say for my first endeavor as “reader.” No surprise, there is a richness, complexity and darkness to the history of natives and settlers, as differing peoples began to mix it up in this territory. I will describe some key events from 1620 to 1640, an incomplete narrative, after taking a look at the respective cultures that clashed once English settlers began to arrive on native land. My enigmatic title is part of a quote from the novelist Kurt Vonnegut which I will explain later.

I hope to explore how English settlers got here, how servitude evolved and slavery took hold as a significant economic, social and security development. The sources I found are almost exclusively based upon accounts of colonist history by colonists and accounts of native activity by colonists. Archeology has provided limited data regarding the lives of natives in the early 1600s. What we mostly have is one side of the story.

I. Backdrop of the Clash of Peoples

As far back as 7,000 years ago peoples inhabited our four season region of woodland, mountains and coastland. The migrating Algonquin people arrived 2,000 to 3,000 years ago, divided into nations, living a life of hunting, fishing, gathering and seasonal crop farming, with clustered villages along the coast in the warm months and inland by other waters during the coldest, following game. They lived in circular thatched dwellings easily moved with the seasons or in more permanent longhouses.