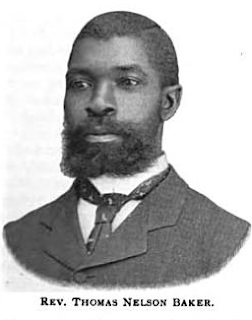 Presented to the Club on Monday Evening, January 14, 2013 by Robert G. Anderson

We are celebrating the 150th anniversary of the Emancipation Proclamation, Abraham Lincoln’s Presidential declaration that all slaves were no longer property but free. Lincoln shifted the justification for the civil war from preserving the union to liberating those enslaved. The proclamation began to undo the entanglement of the 1850’s when it was federal law to seize and return escaped slaves to their owners while abolitionists were extending the underground railroad and taking up arms to promote civil freedom in new territories. The contentious adoption of the 13th Amendment to the Constitution by Congress in the final months of the Civil War and the subsequent confirmation by the States, rendered the intent of the emancipation proclamation federal law.

I want to tell you about a person whose life as a 2 year old was dramatically altered by Lincoln’s proclamation, enacted January 1, 1863. His name was Thomas Nelson Baker, born a slave on August 11, 1860. His significance for us is that, at age 71, Baker was voted into membership of the Monday Evening Club, the first African American. The 1863 proclamation declared that he and his family were free. Since we each likely have tracked genealogy back to 1860, whether in the US or abroad, we might consider what impact the proclamation had on our ancestors, whether soldiers, slaveholders, merchants in the cotton trade, conductors in the underground railroad, victims of collateral war damage, or even those entrapped in oppressive countries where freedom from bondage was a dream.