Cleveland Amory: The Hub of the Universe 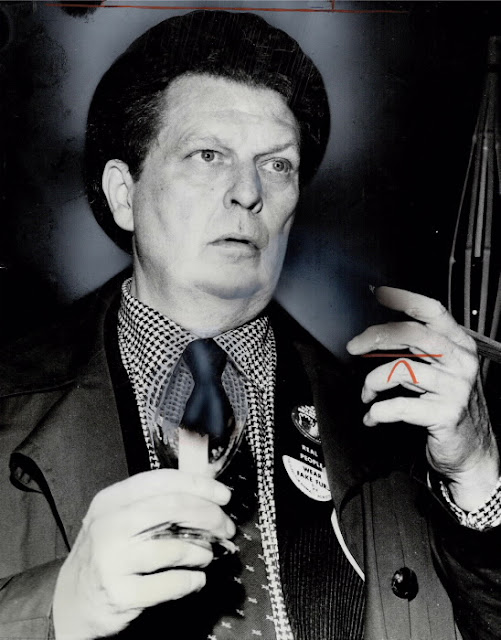 Presented to the Club by Roger Linscott in 1999. Roger was, for many years, the associate editor of The Berkshire Eagle, Pittsfield's daily newspaper. He won the Pulitzer Prize for his editorial writing in 1973, and died in 2008 at the age of 88, having been a member of the Club since 1950. We are indebted to Roger's daughter, Wendy Lamme, for a treasure trove of Roger's Monday Evening Club papers. Photo of Cleveland Amory by Ron Bull for the Toronto Star, used under Toronto Star Photograph Archive License.

The genesis of this paper, such as it is, was a lengthy obituary that appeared in The New York Times shortly before this past Christmas. Its subject was Cleveland Amory, a writer and editor whose tireless work in behalf of animal rights over recent decades had produced several best-selling books and an impressive body of state and federal human legislation.

But before becoming an animal activist in middle age, Cleveland Amory was a social historian, and a very good one at that. His first three books. The Proper Bostonians (published just 50 years ago [1947]), The Last Resorts, and Who Killed Society? were beautifully researched accounts of the mores and foibles of the American upper crust before it began crumbling under the pressure of the mass media and increasing social mobility.

And before that, Amory was an undergraduate at Harvard where – like a number of luminaries before him, including Franklin Delano Roosevelt ’04 – he was president of the Harvard Crimson, the undergraduate daily newspaper. In that role he was something of a mentor to me, who was admitted to the staff as a sophomore when Amory was a senior. He taught me a good deal more about newspapering that I could have learned from any school of journalism.