A voice in the wilderness: A call for safer cars predating Ralph Nader's "Unsafe at Any Speed" 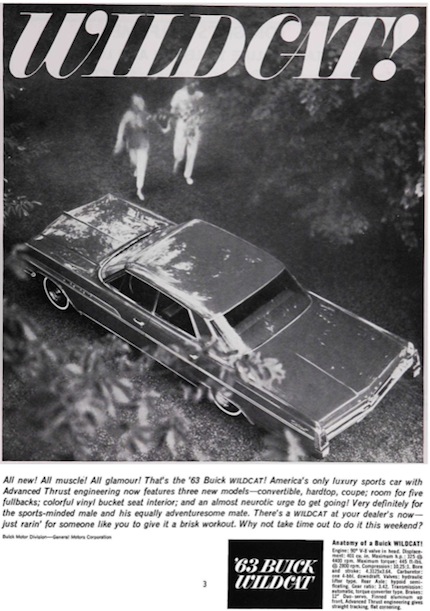 Presented to the club by Roger B. Linscott in early 1965. Roger was, for many years, the associate editor of The Berkshire Eagle, Pittsfield's daily newspaper. He won the Pulitzer Prize for his editorial writing in 1973, and died in 2008 at the age of 88, having been a member of the Club since 1950.

This paper predates by about nine months Ralph Nader's seminal book on the same subject, Unsafe at Any Speed, which was published November 29, 1965, but could well have served as an introduction to it.

Like most newspaper offices, ours is a regular port of call for a large and varied assortment of cranks and crackpots who fancy us to be the appropriate mouthpiece for their maledictions against mankind or who hope to find in us a willing vehicle for promoting whatever harebrained schemes they wish to foist upon the public. Some of these earnest but offbeat promoters can be put down as harmless eccentrics, and some are quite obviously psychopaths who belong in institutions.

In the latter category is one local character who, because I made the mistake of listening sympathetically when he first visited the Eagle, has made me his particular confidant. He comes to the office perhaps once a month, and his message is always the same: He is convinced that the Hotel Wendell building is top-heavy, and is in imminent danger of falling down with catastrophic consequences. Moreover he feels there is a conspiracy among our leading citizens to conceal this danger from the public, and he suspects that the conspirators are determined to silence him by fair means or foul.

The silent language of the star

Presented to the Club by Albert Easton in April, 1974


We live in an age where the eye is constantly bombarded by visual stimuli. The survival of a television producer, as well as some very important economic results to a number of people, depends on his being able to dazzle the eye of the viewer to a greater extent than his competitors for the viewer's time.

Thus, it should come as a surprise, perhaps, that in our house on a certain night in January, and I suspect our house was not alone in this respect, the family was not to be found at its usual place before the TV set. Instead, they were crowded around the southeast windows watching, at a distance of about three miles, that part of a display of pyrotechnics which was not obscured by South Mountain. To this enduring fascination which fireworks seem to hold for the human imagination, I would like to turn our attention tonight.

Fireworks are usually considered to be any combination of chemicals capable of combustion without necessarily obtaining oxygen from the atmosphere, and intended primarily for either noise or visual effects arising from that combustion. The first fireworks, then, by this definition, were probably those used in China in the eleventh century, A.D. Note that this definition rules out the earlier use of what was called "Greek Fire" in Byzantium around A.D. 676, where the visual and audible effects were secondary to the primary goal of setting fire to the enemy.

It is interesting, however, to compare the formula for Greek Fire with that for the Chinese fireworks of four centuries later. Greek Fire consisted of rosin, sulfur, bitumen, and (almost certainly) saltpeter, although the early formulas do not mention it. This mixture was rammed into a copper tube and ignited, the resulting spurt of fire directed for military purposes. Although the two may have arisen independently, it is not unreasonable to hypothesize a historical connection with the Chinese fireworks reported by Marco Polo to have been used for amusement, not military purposes, and which consisted of powdered charcoal, sulfur and saltpeter, rammed into a tube of bamboo. Making allowances for the different materials native to the two regions, the formulas are about as close as they could be.

This is the fifth post in a series on the historic membership roster of the Club. These posts may be updated as additional biographical information on the members is uncovered. Research by Martin C. Langeveld, incorporating research by Harold L. Hutchins for a paper given to the Club in 1993.

Prof. T. Nelson Dale — 1846-1937; taught geology at Williams College from 1893 to 1902; prominent geologist with the U.S. Geological Survey from 1880 to 1920; author of an autobiography he intended to be published posthumously, but the manuscript remained in a box that was not examined until 60 years later. The book was published in 2009 as The Outcomes of the Life of a Geologist (Connecticut Academy of Arts and Sciences).

Judge Charles Lovejoy Hibbard — son of Charles E. Hibbard, who joined the Club in 1886; born in 1871 in Iowa City, Iowa; educated as a lawyer; served as associate justice and justice of Central Berkshire District Court in Pittsfield; married Alice Paddock in 1887. His son, Stephen B. Hibbard, was a founding partner of Pittsfield law firm Cain, Hibbard & Myers.