Centennials: The Transcontinental Railway and the Monday Evening Club 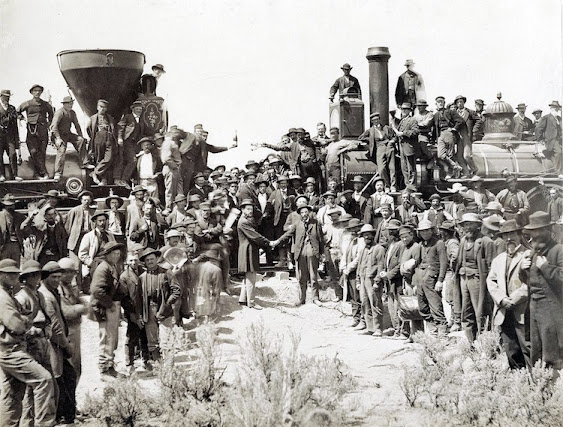 Delivered to the Club in November, 1969 by Roger Linscott, at the occasion of the 100th anniversary of the Club

The year 1869 was notable for at least two historic evens — the driving of a golden spike at Promontory Point, Utah, to complete the first transcontinental railway system across the United States, and the establishment, in Pittsfield, Massachusetts, of the Monday Evening Club. Contemplating these two great happenings — the one so freighted with significance for the development of the American West, the other so freighted with significance for, if not the nation, at least that small part of it which gathered here tonight — it occurred to me the other day how delightful it would be if one could find some common link to bind them together and thus fashion the basis for a centennial paper to fit the title which Joe Nugent [Club secretary] had fed to his hungry printing press a week earlier. A common bond between Promontory Point and Pittsfield seemed highly unlikely; but in desperation one tries anything, so off I went to the Lenox Library Saturday to find out what its archives might be able to provide.

The quest — to my happy surprise — proved fruitful. It developed that a leading, if somewhat accidental, figure in the dramatic ceremonies that marked the meeting of East and West at Promontory Point on May 10, 1869, was the Reverend Dr. John Todd, pastor of the First Congregational Church of Pittsfield. And Dr. Todd, I discovered from a parenthetical sentence in a letter which he wrote to a friend shortly after his return from that historic occasion, was a charter member of the Monday Evening Club.

But more about Dr. Todd later. First let us look at the background of the events that earned Dr. Todd of the Monday Evening Club his footnote in history. For they were dramatic events, and historically momentous ones. Indeed, May 10, 1869, is a commonly described by historians as the most significant single date in the record of the American West.

Darwin's theory: Hard to swallow, then and now 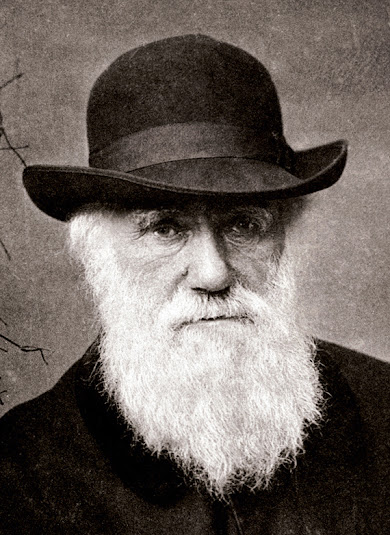 Presented to the Club by Roger Linscott, about 1981

A century and a half ago, in the year 1831, a young divinity student of 22 set sail from England on a voyage to South America. Twenty-eight years later, after prolonged study and soul-searching, he wrote a book based upon his observations there. The world – certainly the world of science – has never been the same since.

The young man, of course, was Charles Darwin, and the book was The Origin of the Species. When he embarked on his historic voyage, he had already abandoned a proposed career in medicine, after fleeing in horror from a surgical theater in which an operation was being performed on an unanesthetized child, and was a rather reluctant candidate for the clergy, a career deemed suitable for the younger son of an English gentleman. An indifferent student, Darwin was an ardent hunter and horseman, a collector of beetles, mollusks and shells, and an amateur botanist and geologist. When the captain of the surveying ship H.M.S. Beagle, himself only three years older than Darwin, offered passage to any young man who would volunteer to go without pay as a naturalist, Darwin eagerly seized the opportunity to escape from Cambridge. Five years later, he returned to an inherited fortune, an estate in the English countryside, and a lifetime of independent study that radically changed mankind’s view of life and of our place in the living world.

To understand the extraordinary genius of Darwin’s theory of evolution, it is useful to look briefly at the intellectual climate in which it was formulated. Aristotle, the world’s first great biologist, believed that all living things could be arranged in a hierarchy – a ladder of nature in which the simplest creatures had a humble position on the bottommost rung, mankind occupied the top, and all other organisms had their proper places in between. Until the end of the century, most biologists believed in such a natural hierarchy; but whereas Aristotle thought that living organisms had always existed, the later biologists believed, in harmony with the teachings of the Old Testament, that all living things were the product of a divine creation. They believed, moreover, that most were created for the service or pleasure of mankind. Indeed, it was pointed out, even the lengths of day and night were planned to coincide with the human need for sleep.