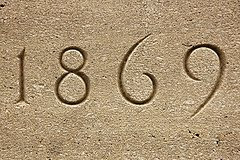 This post begins a series on the historic membership roster of the Club. These posts may be updated as additional biographical information on the members is uncovered. Research by Martin C. Langeveld, incorporating research by Harold L. Hutchins for a paper given to the Club in 1993.


There were 21 founding members who formed the Club in 1869. Of those, the following 16 were present at the organizational meeting of the Club at the home of Thomas F. Plunkett, November 11, 1869:

J. F. A. Adams — Pittsfield physician; author of numerous medical and scientific articles; a resident of Wendell Avenue; founding member of the Berkshire Historical and Scientific Society organized in 1878.

William F. Bartlett — 1840-1876; born in Haverhill, Mass.; studied at Harvard University; Civil War veteran with an illustrious record: Captain, 20th Mass. Volunteers, wounded at Yorktown and had a leg amputated; returned to service as Colonel of the 49th Mass. Volunteers, wounded twice at Port Hudson, organized 57th Mass. Volunteers and led them to the in the Battle of the Wilderness, promoted to Brigadier-General, was taken prisoner, released in an exchange and made Major-General in command of the 1st Division of the 9th Corps; returned to Pittsfield where he had recruited the 49th regiment, married Mary Agnes Pomeroy, and engaged in business here; died of consumption in 1876. There is a bronze statue of Bartlett in Memorial Hall in the Massachusetts State House in Boston, unveiled in 1904. A biography of Bartlett by Richard Allen Sauers and Martin H. Sable was published in 2009.

Thomas Colt — Graduate of Williams College, 1842; active in First Church of Christ and in civic affairs; paper manufacturer with a mill at Coltsville, lived at 42 Wendell Avenue (later the Women's Club of Pittsfield); helped to organized the Housatonic Engine Co., a forerunner of the Pittsfield Fire Department; filed a $220,000 bankruptcy in 1876. (The idle mill was purchased in 1879 by the Crane Paper Company and has been manufacturing the U. S. currency paper ever since.)

Henry Laurens Dawes — 1816-1903; born in Cummington, Mass.; U.S. Senator and Representative; editor of the Greenfield Recorder and later the North Adams Transcript; lawyer; served in Massachusetts legislature; served as U.S. Attorney for western Massachusetts; U.S. Representative 1857-1875; a friend of Abraham Lincoln, who served as a pall bearer at Lincoln's funeral; supporter of the creation of Yellowstone National Park and the transcontinental railroad; U.S. Senator 1875-1893; author of the Dawes Act and later chairman of the Dawes Commission, under which native Americans were gradually deprived of some 90 million acres of tribal land.

Jacob Lyman Greene — 1837-1905; born in North Waterford, Maine; Brevet-General in the Civil war, described as Gen. George Armstrong Custer's "best man"; studied law at University of Michigan; enrolled as private in the 7th Michigan Volunteer Infantry in 1861; joined Custer's staff as assistant adjutant general in 1863; captured at Trevilian Station and held prisoner; refused parole "over an issue regarding unequal treatment of black prisoners"; paroled in December 1865; rejoined Custer's command one day after Lee's surrender at Appomattox; mustered out of the volunteer service in 1866; moved to Pittsfield where his brother was a physician; joined Berkshire Life Insurance Company as assistant secretary; moved to Hartford in 1870 to join Connecticut Mutual Life Insurance, where he became president in 1878 and held this position until his death; died following an operation at Johns Hopkins Hospital in 1905. In Hartford he was the member of the Monday Evening Club of that city.


William Greenough Harding — 1834-1908; one of the proprietors of the Berkshire Glass Company of Lanesborough, which gained fame for producing colored glasses used in the stained glass windows of Tiffany and others; he was a member of the First Church, and upon the deaths of his wife and two children within a short period in 1874 he commissioned, in 1882, the first stained-glass memorial window in the church's sanctuary; died in Pittsfield.

Thomas Fitzpatrick Plunkett — Manufacturer, financier and politician, born in Lenox, Mass. in 1804; educated at Lenox Academy; moved to Pittsfield in 1836; was engaged in the cotton business; president of the Agricultural Bank for five years, became the first president of the Berkshire Life Insurance Company in 1861; elected to the Massachusetts house in 1834, 1835, 1868, 1869 and 1870, and to the Senate in 1842 and 1843, founder of Berkshire Gas Company in 1853. His second wife, Harriet M. Plunkett, was a public health pioneer, who was a founder of Pittsfield's House of Mercy hospital, and a leader in efforts to develop more sanitary plumbing. Father of William R. Plunkett, who joined the Club in 1869 after the inaugural meeting.

William Bainbridge Rice — 1824-1917; Pittsfield superintendent of schools; graduate of Williams College, 1844; father of A. H. Rice who founded the Pittsfield manufacturing company of that name.

Rev. Charles Vinal Spear — 1825-1891; graduate of Amherst College, 1846; became teacher at the Maplewood Institute, studied theology with Dr. John Todd and became licensed to preach in 1851; pastor at Sudbury, Mass. for three years; purchased the Maplewood Institute's business in 1857 and real estate in 1864; donor of the former Spear Zoological Laboratory to Oberlin College in Ohio.

Rev. John Tatlock — Born on the island of Anglesea, North Wales, 1808; sailed to America in 1830, landing in Philadelphia; worked in mercantile establishments while studying to enter college; attended Williams and graduated 1836; was a college tutor for two years; became Professor of Mathematics in 1838, a position he held until 1867, except during the 1845-1846 academic year when he served as Professor of Ancient Languages; served as college librarian 1845-1856; was licensed to preach by the Congregational Association of Berkshire in 1852; received a Doctor of Law degree from Western Reserve College in 1857; was admitted to the bar in 1868 (at the age of 60) and began practicing law in Pittsfield; served for some years as a special justice. In his later years (according to Harold Hutchins) "mental disease impaired his faculties and injured his usefulness."

John Metcalf Taylor — born Cortland, N.Y. 1845; graduated Williams College in 1867; admitted to the bar and began practice of law in Pittsfield 1870; boarded at Mrs. Lawrence's on Summer Street served as town clerk, clerk of the courts, and clerk of St. Stephen's Parish; followed Club member Jacob Lyman Greene (above) to begin an insurance career in Hartford in 1872, eventually becoming president of the Connecticut Mutual Life Insurance Company as successor to Greene; a student of early Colonial history as well as Civil War history and the author of several historical books; member of the American Historical Society and the Connecticut Historical Society;

Rev. John Todd — 1800-1873; the eighth minister of First Church of Christ; born in Arlington, Vt., 1800; attended Yale College, studied Theology at Andover, received Doctor of Divinity degree from Williams College in 1845; became a Williams trustee; assumed his first pastorate in Groton, Mass. in 1826; went from there to the Edwards Church in Northampton in 1833 and then to First Congregational Church in Philadelphia in 1837; came to First Church in 1842 and remained until 1873; died just months after ending his pastorate, in August 1873. He was very conservative theologically: his son wrote about his preaching: "He rather liked to feel bad, and he enjoyed making others feel bad, and being sensitive himself, he knew just where the fountains of tears lay.” He wrote a total of 33 books and traveled widely. By happenstance or design, he was at Promontory Point, Utah in 1869 and delivered the invocation at the ceremonial driving of the Golden Spike completing the transcontinental railroad. After that occasion he continued to San Francisco, where he was offered $10,000 in gold to start a church, but declined the offer. Nearly every minister of First Church since John Todd has been a member of the Club.

Not present at the original meeting but also agreeing to join as "founding members" in 1869 were the following five members:

Ensign H. Kellogg — born in Sheffield, Mass., 1812; graduate of Amherst College 1836; practiced law but switched to commercial pursuits including banking and manufacturing; prominent in civil affairs; served several terms in the legislature two terms as Speaker of the House; through the influence of his neighbor, Henry L. Dawes, was appointed in 1876 to the Halifax Commission, a commission set up to settle a dispute between the United States and Great Britain over fisheries in Canadian waters; served as president of the Pontoosuc Woolen Mill until 1882 when he was succeeded by fellow Club member Thaddeus Clapp Jr. He also served as president of the Agricultural National Bank, helped establish the Water Works and the Fire Department, and was a charter incorporator of the Berkshire Athenaeum.

Thomas Perkins Pingree — 1829(?)-1895; lawyer, partner of James M. Barker (who joined the Club in 1870); clerk-treasurer of the Berkshire Athenaeum; "worked arduously with money and labor on behalf of the Young Men's Association; died in Pittsfield.

Wiliam R. Plunkett — 1831-1903; born North Chester, Mass.; son of Thomas F. Plunkett, who joined the Club at its inaugural meeting in 1869; studied at Yale (member of the class of 1854 but did not graduate); studied law at Harvard, admitted to the Berkshire Bar in 1855;  had his law office at 4 North St., was an incorporator of the Berkshire Athenaeum and served on the Water Works commission; served for 20 years as president of the Pontoosuc Woolen Manufacturing Co., beginning in 1868; became president of the Berkshire Life Insurance Company in 1878; Lived in the "Longfellow House" in Pittsfield; died in Pittsfield. In the first intercollegiate baseball game, played between Williams and Amherst July 7, 1859, each team brought its own umpire, who, naturally, could not always agree, so it was necessary to have an arbiter or referee. This role was filled by William R. Plunkett.